My house is often used for commercials. Usually, there is some painting involved and my furniture is moved out to make way for the prop furniture. This time however, the house was chosen to be used in a TV pilot. I had no idea how much work would go into this shoot and how the art department would transform certain areas of my house. They turned my closet into a shower, installing a faux bathtub and cladding the walls of the closet with fake wall tile. In addition, the art department constructed fake walls in other parts of my closet to make it appear as a toilet room. Such imagination!

The photo below on the left is how my hallway usually appears. There is a bathroom at the end, and there is wainscoting on all walls. The photo on the right shows how the space looked after art department made some of their changes.The hall was made to look like it was a second story. They even continued my molding and wainscoting. I love the design of the window, it happens to match a window I actually have at the top of my stairs in the second floor landing.

I have been fighting the idea of writing a blog…

I have been fighting the idea of writing a blog, but since I started The Black Door Interior Design Facebook page I have really enjoyed posting all things design. Whether it’s before and after photos of a job, current jobs in progress or things I see that inspire me, I love the idea of immediately sharing it. I hope that anyone reading it enjoys what I have to share! 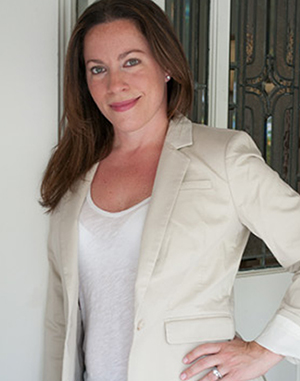 Even before I knew what an Interior Designer was, I was renovating my dollhouse and putting up wallpaper made from construction paper. I often work with clients starting at the beginning stages of construction all the way through furnishing and accessorizing with the final touches. I still get excited about design when I see a new fabric that is beautiful, or read a great article about new kitchen backsplash tiles.